How to Kill Fungus Gnats Indoors

Fungus gnats are harmless to people, but their larvae can damage your houseplants.

What Are Fungus Gnats?

Fungus gnats are common indoor pests that resemble mosquitoes, except they don’t bite, and can often be found around plants. The larvae live in damp, rich soil and feed on roots, root hairs, fungi, and other organic material (like compost).

Fungus gnats are so small you may not even notice they are present unless they swarm. Because of their tiny size, they are sometimes confused with fruit flies. Here’s how to identify fungus gnats:

Can Fungus Gnats Cause Damage?

Adult fungus gnats don’t bite or feed, so they aren’t a threat to people or plants. However, they can become an annoyance if they aren’t controlled and are left to reproduce in large numbers. The larvae of fungus gnats pose a small threat to young plants. Larvae feed on organic matter in the soil and will sometimes feed on the roots of indoor plants. Seedlings and other less-established houseplants are most at risk for damage since their roots are delicate.

How to Kill Fungus Gnats

Fungus gnats are slow, erratic flyers, so killing them is not hard. Here are some of the most effective ways to get rid of adults:

Flypaper or more modern decorative sticky traps are popular options to catch any fungus gnats buzzing around houseplants and windows. Small yellow sticky traps can be cut and placed on wooden stakes and inserted into pots close to the soil, where adults tend to crawl and fly.

Fill a shallow container (about the size of a tuna can) with 1/4 inch of apple cider vinegar and a few drops of dish soap, and cover with plastic wrap. Poke a few holes in the top of the plastic wrap, making them large enough to allow fungus gnats to crawl through. The gnats are attracted to the vinegar, and soap breaks the surface tension of the water, which causes flies to fall into the solution and drown.

If you don’t want to wait for a trap to kill the fungus gnats, take them out quickly with a spray formulated with essential oils, like

How to Prevent Fungus Gnats

Fungus gnat adults only live for about a week, but during that time, a single female can lay 100-300 eggs. Gnats prefer to lay their eggs in damp soil filled with decaying organic matter, which is why they love hanging out in greenhouses and around houseplants. African violets, poinsettias, and geraniums are especially prone to injury caused by fungus gnat larvae feeding on roots. Plants in soil that is infested with larvae may show symptoms of wilting, poor growth, and yellowing. The larvae can also cause severe damage to developing seedlings and young plants, as their root systems haven’t fully developed.Here are some ways to prevent fungus gnats.

Plant debris is an excellent source of the decaying organic matter in which fungus gnats prefer to lay their eggs. So it’s important to keep the soil around your plants clear of such debris as fallen leaves, flowers, and fruit. If fungus gnats are a problem around your houseplants, try using a potting mix that doesn’t contain composted ingredients like processed forest products, bark fines, or actual compost.

Since fungus gnats like moist areas, make sure your containers have good drainage and water plants only when the top 1 to 2 inches of soil is dry. (This is especially important during winter, when houseplant growth tends to slow down.) Keeping the top of the soil dry will help stop fungus gnats from laying their eggs in the soil. If needed, add perlite to your potting mix to help improve drainage, especially if you tend to overwater. Also, be sure to empty any excess water out of the saucers under your container plants.

Add a 1/4 inch of horticultural sand (do not use play sand) to the top of the soil in your containers to help discourage fungus gnats from laying eggs around the plants. You can also try placing the cut side of a potato on the soil surface to draw some of the larvae out of the soil. Be sure to remove infested pieces quickly and replace them with fresh slices on a regular basis until the problem is eliminated.

By keeping your growing medium in check and having traps or sprays handy, you’ll be well-equipped to control a fungus gnat infestation. Now, to deal with that other all-to-common type of pesky flying insect, check out How to Kill House Flies. 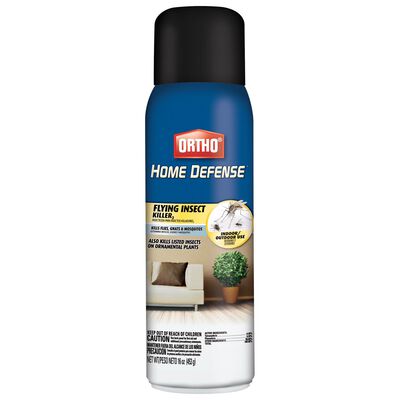 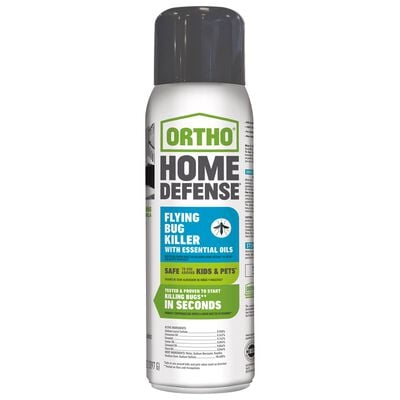