How to Kill Mole Crickets in the Lawn

Mole crickets can be twice as long as their singing cousins.

Mole crickets, as the name implies, are insects that resemble moles. Found throughout most of the United States, they cause the most damage to lawns in the southeastern U.S. They tunnel through the soil near the surface and feed on the roots and stems of grass plants. Although you'll seldom see them because they live underground, adult mole crickets are 1-2 inches long with large beady eyes, spade-like front legs used for digging, and grayish-brown bodies. Unlike other cricket species, mole crickets are not good at jumping.

Southern Mole Cricket
The southern mole cricket is found from North Carolina south to Florida and west to Arizona.

Tawny Mole Cricket
The tawny mole cricket can be found from North Carolina to Louisiana and throughout Florida.

Mole crickets are a big problem in the southeastern United States. While mole crickets will feed on both plants and animals, they are most known for the damage they cause to lawns through their tunneling. Mole crickets tunnel through the top 1-2 inches of soil, loosening it and uprooting grass plants that then dry out and die. The damage is most severe in young, newly planted lawns.

3 Signs You Have Mole Crickets

Mole crickets eat at night and can tunnel as far as 10-20 feet. Here’s what to look for:

Turfgrasses also differ in their susceptibility to mole cricket damage. Bahia and bermudagrass are easily damaged while St. Augustine is more tolerant of damage. Centipede and zoysiagrass are rarely injured by mole crickets.

How to Check for Mole Crickets

Mole crickets and their nymphs can be flushed out of the soil with soapy water. Add around 2 tablespoons of dish soap to a gallon of water. In the early morning or late evening, pour it over a 1-2 square foot area. If you have mole crickets, they will come to the surface of the soil in a few minutes. If you see 2 or more mole crickets come to the surface, it’s time to treat your lawn. (Remember to thoroughly water the area after applying soapy water.)

How to Kill Mole Crickets in Your Yard

Mole crickets can be difficult to control because they stay in burrows deep below the soil surface during the day and only surface at night. Treatments are most effective when they are applied in early summer or at the first sign of lawn damage. Mole crickets are most vulnerable when they are young (nymph stage). During this stage, they are smaller and closer to the soil surface.

To kill mole crickets in the lawn, make sure the soil is moist before application, this will encourage the mole crickets to come to the surface, then apply Ortho® BugClear® Lawn Insect Killer or Ortho® Home Defense® Insect Killer for Lawn & Landscape, following the label directions.

How to Get Rid of Mole Crickets Indoors

Occasionally, mole crickets may find their way inside your home. Indoors, they are completely harmless and do no damage. The easiest way to deal with them is to simply sweep them up and return them to the outdoors. However, if you are constantly finding mole crickets inside your home, seal any cracks, gaps, or openings around the foundation of your home and create a perimeter barrier both inside and out with Ortho® Home Defense® Insect Killer for Indoor & Perimeter, following label directions. 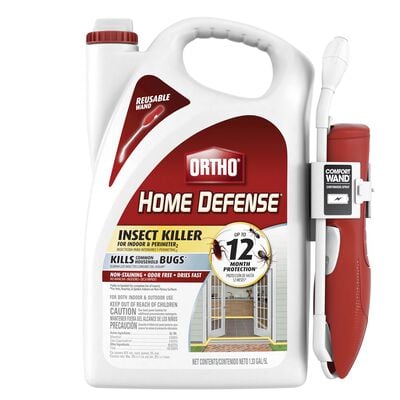 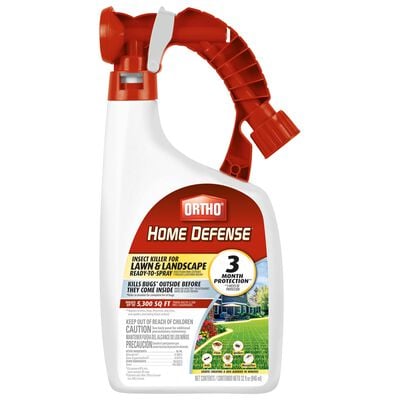 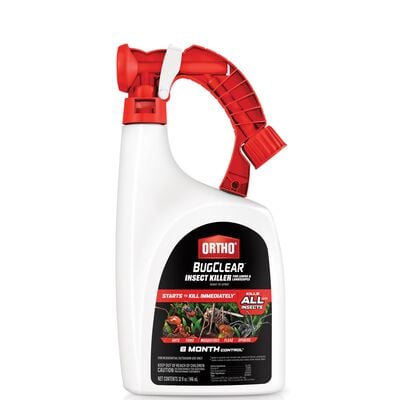